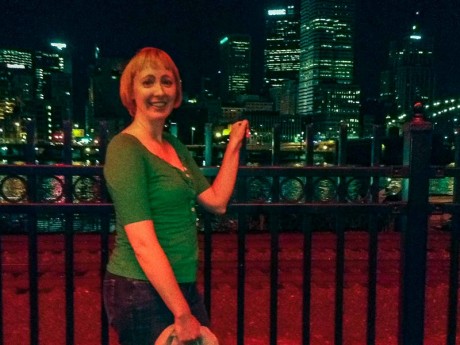 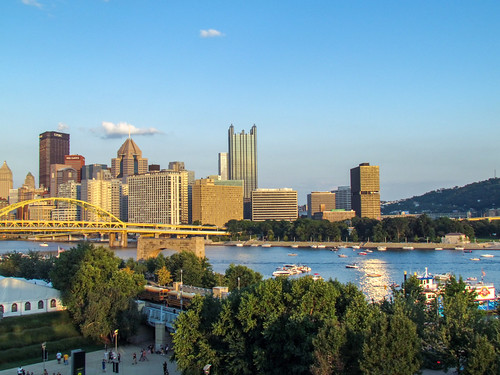 Joy and I spent a wonderful couple of days in Pittsburgh. The city feels accessible and encompassing, but without much of the big city congestion. With the number of bridges required to move cars and people across the rivers, it’s hard to believe. The city lives on the rivers in the shadow of Mt. Washington. 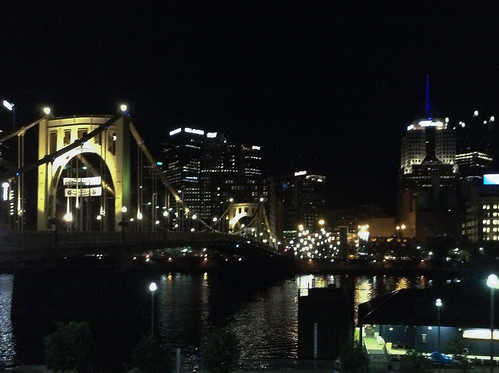 Our first night in town we ate in the trendy Station Square shopping district. After dinner, we meandered through downtown, looking at facades of skyscrapers, churches, banks and theaters, crossing two bridges on our walk back to the hotel. 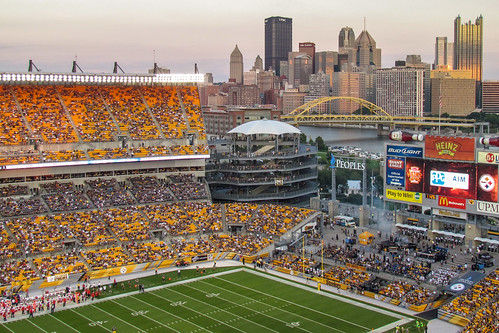 I wanted to see a pro football game. Pre-season tickets can be had for a reasonable price, so we took a trip to Pittsburgh to see the Steelers play. All sorts of watercraft moved along the river or moored alongside the stadium. We spent the day enjoying parks and historical sites along the river, then crossed a bridge and ate dinner in a local restaurant near the sports complexes. The sun slid behind Mt Washington as we joined the river of fans flowing toward the stadium.