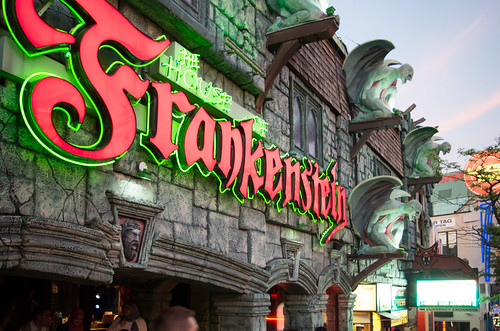 Niagara Falls shows two faces: a stoic American visage and a gamboling Canadian smile. Niagara Falls on the Canadian side reminds me of a Atlantic shore town, with amusements parks, restaurants, and a boardwalk showcasing the beautiful natural scenery. We enjoyed a messy BeaverTail dessert after dinner. 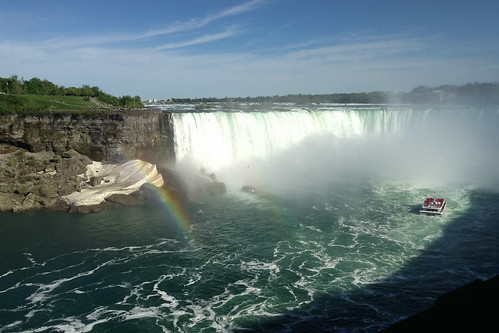 After an easy passport control check, we went straight to Skylon Tower for the best view of the falls. Two ferries take passengers into the mists of the falls, one from the American side and a sister from the Canadian side. We walked along the riverside after riding up the tower, and spent the evening touring the city looking for dinner. 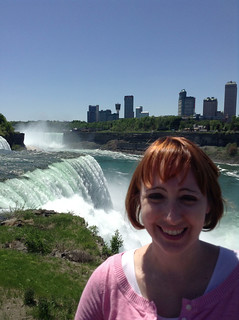 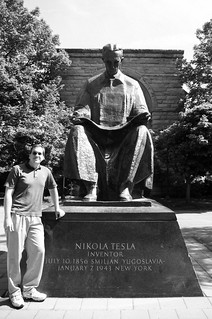 The American side of the falls feels like a tourist trap. The main attraction consists of a large state park and the concrete jungle of junk shops that abut it. The roar of the falls amazes bystanders, and visitors get very close on the American side.

Posing next to the statue of my hero, Nicola Tesla, made one of the highlights of my park visit. 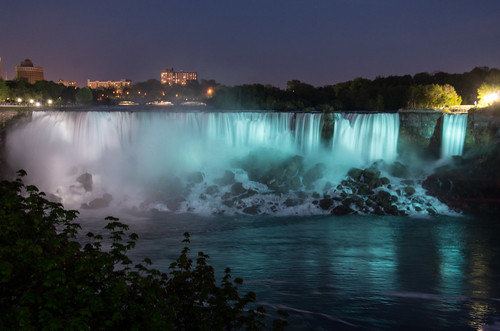 We tarried on the Canadian side of the falls in expectation of the show. As night fell, giant spotlights blazed forth across the river. The ever-changing red, white and blue colors made for a very patriotic display, for an American at least.