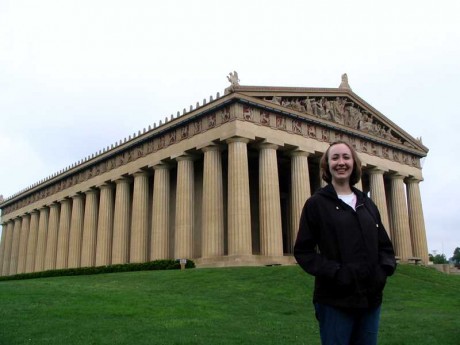 Inside is a towering statue of the goddess Athena, patron goddess of Athens, holding a statue of Nike in her hand. The statue of Nike alone is six feet tall. Clothed in gold, with skin of ivory, the statue of Athena was held in awe and worshipped by the people of Athens. This statue is pretty impressive.