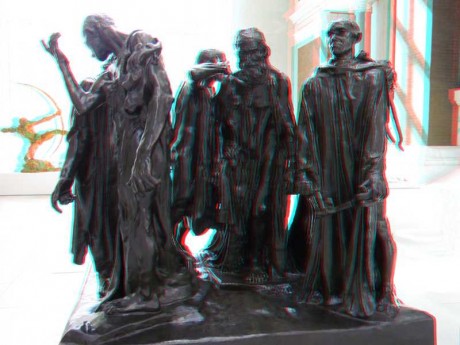 I have always loved heights. From mountains or towers or tram cars or planes looking out over the world below thrills me. I’ve always wanted to visit the Empire State Building and see the New York skyline from above. The view does not disappoint. While not as iconic as the view across the Hudson, all the great sites spread out in a vast panorama. The Brooklyn Bridge, the Flatiron Building, and the Statue of Liberty highlight the vista to the south. Feeling the wind and seeing the tiny cars below, one can hardly imagine the sheer immensity of this project done nearly a century ago. Immigrants defined the Lower East Side of Manhattan during the 19th and 20th centuries. Communities like Little Italy and Chinatown gave the area distinctive qualities of culture and class. The Tenement Museum seeks to capture this history of working class immigrants. Joy and I took the Irish Outsiders tour. The old building, with ruined and restored sections, feels like it still holds the ghosts of the people who lived and died there. After the tour, we walked the neighborhood, down Grand St in Chinatown, before heading north to Central Park. Since it was such a beautiful day in New York City, people flocked to Central Park to get some sun and outdoor time. Joy and I walked across the park from the 81st entrance to the MET on the east side. People walked and ate and lay on the green grass. We especially liked seeing the Castle in the park, as it had been featured on CSI New York. We couldn’t find any restaurants on the west side of the park, so we settled for a pretzel and a bottle of water from a food truck. No one can do the The MET justice in a day or a paragraph. The museum hosts a giant collection of Egyptian art which I am always excited to see. Not one, not two, but three structures are recreated in the museum; a tomb, a temple, and a gateway. The statues and artifacts range from large to huge, but the exhibits shortchange any close examination in favor of spectacle. Suffice it to say, I found the museum showy but merely whelming. Joy and I visited the World Trade Center site in 2002. Then it was a rubble filled hole in the ground. Now it has been transformed into two holes in the ground dotted with trees. I can’t understand why the Twin Towers were not rebuilt. It makes perfect sense to me.

Two square pools cascade water into deep, black stone pits. The 9/11 Memorial feels like a large paved park, combined with enough surveillance cameras and armed guards to manage a prison. That makes visitors the inmates. Visitors should not be surprised that security is as tight as an airport, with x-ray machines, bag checks and ID screens. At least shoes can remain on.

I’m glad I requested tickets to the first entry group to the site Sunday morning. Our first few moments at the pool felt intimate. Only the new blue skyscraper peered over our shoulders as we looked down into the falling water.