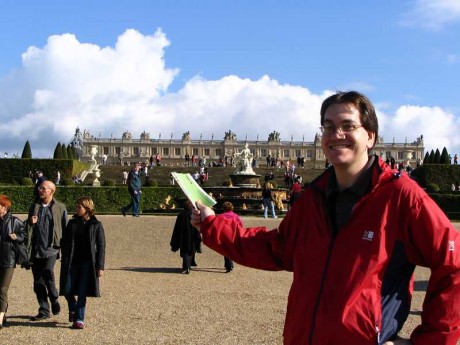 Versailles began as a hunting lodge for the king, with thousands of acres for sport. Eventually the wilds lands became tame garden with paths and fountains and secret glades. I imagine thousands of servants in the woods waiting to server the king. As more of the royal court moved to Versailles, the palace grew and more entertainment was needed. A art gallery filled one great hallway, featuring successes of the French state including the surrender at Yorktown of the British. Visiting the palace at Versailles one really gains an appreciation for why the French overthrew the monarchy. Marble on the floors and the walls and gold cornices surrounding the painting on the ceiling are way too much.