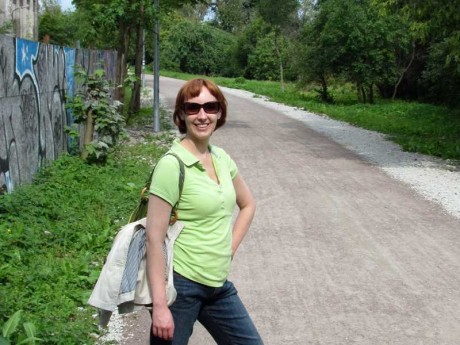 Tallinn is one of the oldest capitals in northern Europe. We had a great time roaming around the city in the afternoon, walking along the wall and up to Toompea Hill. The city has strong ties to Russia, from long before the Soviet invasion, and their influence can still be seen in the city. The Soviet era buildings have been left to moulder; the Russians are selling trinkets. One of the highlights was touring the Dominican monastery of Claustrum. The ancient stone walls and rooms light only by candlelight really transport the visitor to another time. Tall people must watch their head. Located right on the harbor, the museum features four warships retired from the naval forces of Estonia. While we waited for the nearby prison to open for the day, we walked around admiring the large and small vessels, waiting forlornly out of the water.